I’ve had a few opportunities in my life to travel. In here I will just try to list as many places as I can from what I can remember now. The life of the road warrior…

January 2003 – Spent over a month in Mexico City, Mexico. Visited the pyramids!

January 2005 – One month in Microsoft, Redmond.

May 2005 – Weekend in Venice, Italy with my great cousin Gracie!

September 2006 – Seattle, WA. Getting ready to come back to Costa Rica. Surprise!

April 2007 – Nashville Tennesse. Went with a couple of guys from MCS to Deloitte for a Vista training.

January 2009 – Redmond, WA. More Microsoft. But this time with Irene! and a week vacation!

July 2009 – Argentina on my honeymoon with my lovely wife Irene! Visited Buenos Aires, Villa La Angostura (near Bariloche) and Iguazu.

December 2009 – Sandy beaches of the Caribbean with my wife.

March 2010 – Alexandria, VA and Washington DC working and then with Irene

June 2010 – Reston, VA on a sprint planning session. Ended up in the hospital because I slipped in the hotel.

January 2011 – Miami with Irene. On vacation & getting everything for Juliana.

September 2014 – Miami, Florida. Search Technologies Annual Kick Off, where I delivered my Solr for Dummies training. 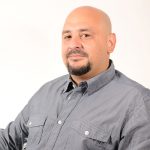