HomeGeneral How deep do you want to go? Parallels, VMWare, Remote Desktop Connection

by Xavier in General 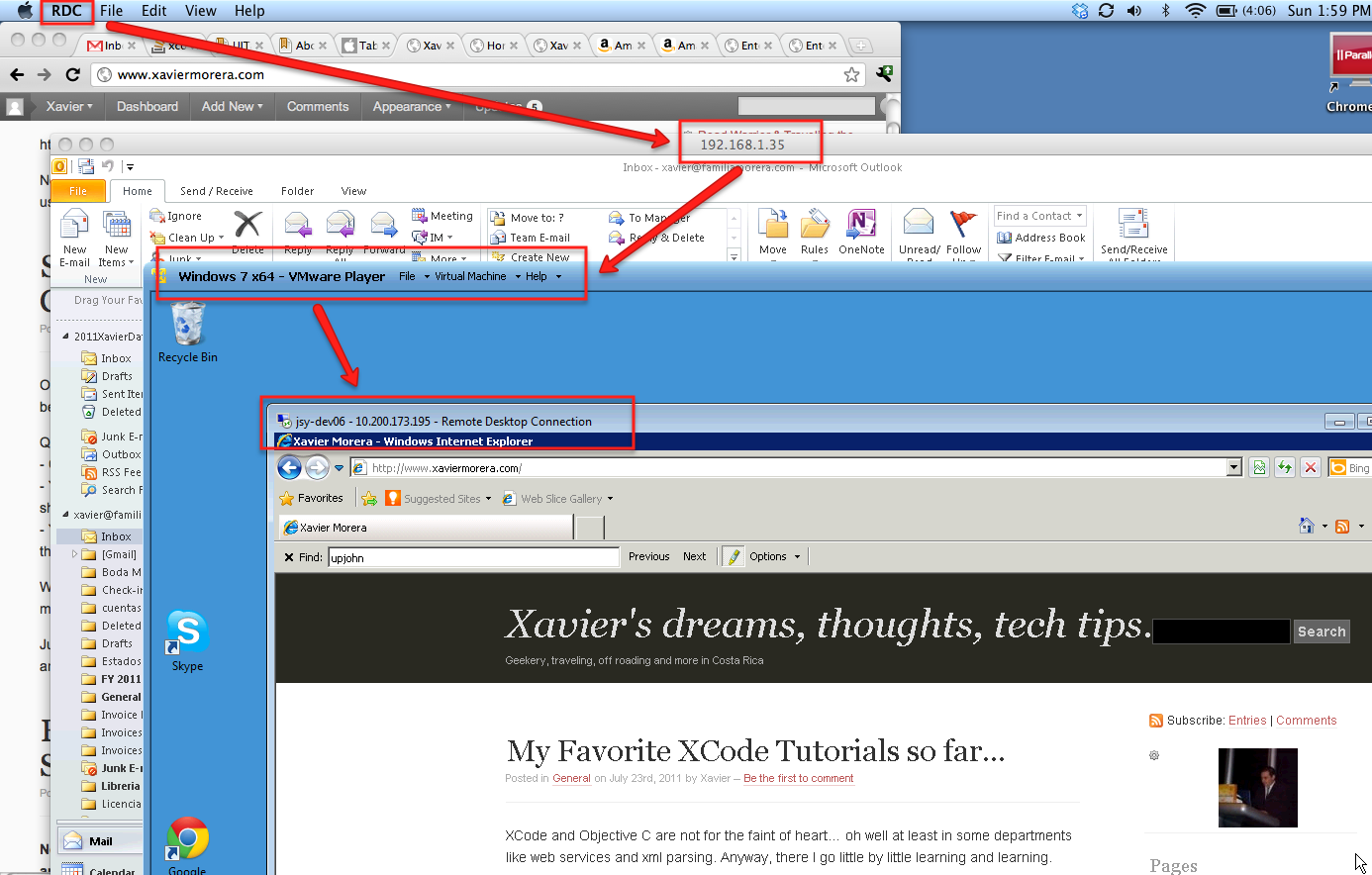 Xavier is an entrepreneur, project manager, trainer, Certified Scrum Master & Professional and Certified Microsoft professional who has spent a great deal of his career working on cutting edge projects, with a primary focus on .Net and recently iOS. His expertise is primarily web applications, search and mobile. Throughout multiple projects he has acquired skills in dealing with complex enterprise software deployments with companies that range from startups to Microsoft. Also worked as a worldwide v-trainer/evangelist for Microsoft.
« My Favorite XCode Tutorials so far…
Por que la gente del INCOFER necesita consejos de un geek URGENTEMENTE »
Share this: