Have you ever been bored on a weekend with nothing really out of the ordinary to do? You want some out door trip, nothing extreme but – don’t want to damage your car – but still you can hear the call of adventure. Well, for those of us lucky enough to live in Costa Rica we have Turubari, the Turrubares river. Pretty much is one of nicest places you can go without investing too much and as easily accessible as it can be.

Land Rover 88 (my Tonka) coming out of the river 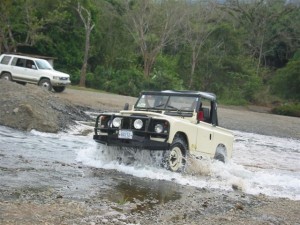 The so called Sea Rover 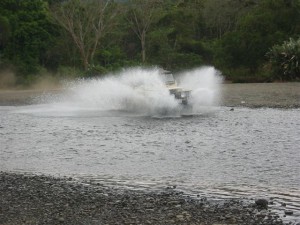 As I said, easily accessible 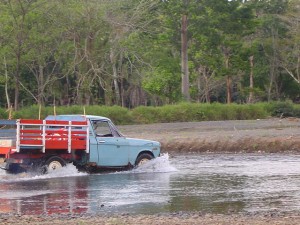 turubari, not only for offroading

You can also ski on the river, just find yourself a big truck to pull you 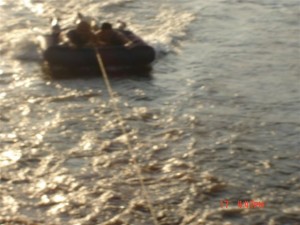 Jossi in his Chapuliln Colorado 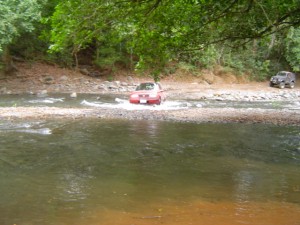 Also, you can play around and do 8’s 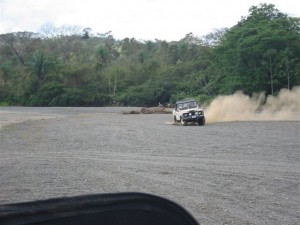 who can do an 8 in a land rover

I’ve been working a bit here and there with www.SalesForce.com. Last thing I did today was add the webtocase.html servlet so that from your site you can get information added directly into your crm account and then you can use all of SalesForce’s workflows and capabilities to keep track of your potential customers.

There are two things I still didn’t know until today:
– How to set a return url
Easy, just add the following below your form tag

The other one is adding attachments. Still working on it!

High speed internet in costa rica – a monopoly after all…

I’ve been feeling my internet connection kind of shaky lately so I decide to give it a shot and run a bandwidth test. You have no idea how much I hate the idea of doing this, given that I pay around $65 a month for a 2048/768 connection. God! for that much money other countries can get 12 mbps!

Well, here is what I am getting… 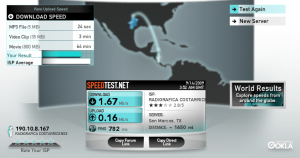 That means the down speed seems decent. But the up speed!!! It is close to dial up 🙁

You know what the problem is? That even though we have multiple companies providing internet service, it all goes down to the government at the end of the day. My cable company is Amnet, although they depend on Racsa for the service. How can we expect a decent service if internet is a monopoly just like a lot of other services?

Come on Costa Rica, grow up!!!! Competition is sane. And ICE, I think it is time you start selling IPhones, and for a decent price!

Well, for now let’s keep living with this horrible service. I see my country evolving, but not as fast as I would like it to.